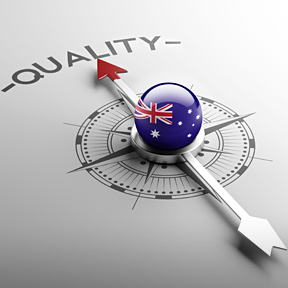 Back to Step 16: Save money with solar

The majority of the world’s solar panels are made in China. Although most are made to a very high standard, some aren’t.

The Clean Energy Council website has a list of solar PV panels that are compliant with Australian Standard AS/NZS 5033 and approved for use in Australia:

This list for approved solar panels is available here: EnergyCut.info/cec-solar-modules

Newsagency and bookstore, Paperbarks, made energy efficiency changes which led to savings of approximately $20,000 per year. A major component of these changes was the installation of a 10kW solar PV system and a full replacement of their extensive lighting set up with LED lighting.

Paperbarks Owner Hamish Cameron said his was the first commercial enterprise in Albany to uptake solar and he can’t believe all businesses who are able to do it, don’t.

“Compared to having money sitting in the bank, it’s the best ROI in just two years. It’s a no-brainer.”[1]

In order to use solar electricity in your business, you first have to link an ‘inverter’ to your solar panels. This converts the panels DC (direct current) electricity to AC (alternating) power. This is what you need to power your appliances and equipment.

The Clean Energy Council maintain a list of inverters that are approved for use in Australia and meet the relevant safety standards.

Your solar installer will install this for you. The same principles apply to inverters as solar panels; look for quality brand(s) from established suppliers and be clear about who has imported them.

The list of approved inverters can be found here: EnergyCut.info/cec-solar-inverters

Can you enter into a solar ‘Power Purchase Agreement’?

Some companies will do a deal where they install a solar system on the rooftop of a business and sell them electricity. This is called a solar ‘Power Purchase Agreement’ (PPA).

According to the NSW Office of Environment and Heritage, PPAs are emerging as a commonly offered finance option for commercial scale solar, following their popularity in international markets, particularly the U.S.  Like solar leasing, PPAs can lower your electricity bill with little or no up front cost.

Under a PPA, a company agrees to install and maintain a solar system and the customer enters into a long-term contract to purchase the electricity generated by the system at a given price. The price should be lower than the retail price of electricity from the grid.

Milner Meat & Seafood is saving more than $5,000 a year, according to owner Jenny Nelson, after installing a 10kW PV system on the rooftop to take advantage of the free energy provided by the Alice Springs sunshine.[2]

BACK TO STEP 16: SAVE MONEY WITH SOLAR
PREVIOUS TIP
NEXT TIP